I think I might be in the minority because I am a woman who likes football and still on cloud 9 with my home team Leicester City making history as English Premiership League Winners in 2016, a monumental 5000-1 victory that surprised the whole Country. I have however followed Arsenal since moving to London in 2005 and my big brother is a huge Gunners fan so it was a really nice to be invited to a an event at the mighty Emirates Stadium recently.  However I couldn’t take Jay on the day unfortunately and was absolutely gutted because once I arrived at the Stadium I was surrounded by little humans and knew that he would have had such a great time. I had a chance to speak to Charlie White the Commercial Communications Manager at the club and discovered that to attend events like this entries are made on the Junior Gunners website and lucky fans are selected.

Welcome to our World is the first level of Arsenal Football Club’s Junior Gunners Membership, especially created for the  youngest fans and their parents/guardians. This group is for those aged between 0 and 3 years old.  As a welcome to  World Member there is access to loads of fun benefits, both for their child and parents/guardians.  Membership costs £25  and lasts until the season the member turns 4 on or before 31st August. More details can be found here. 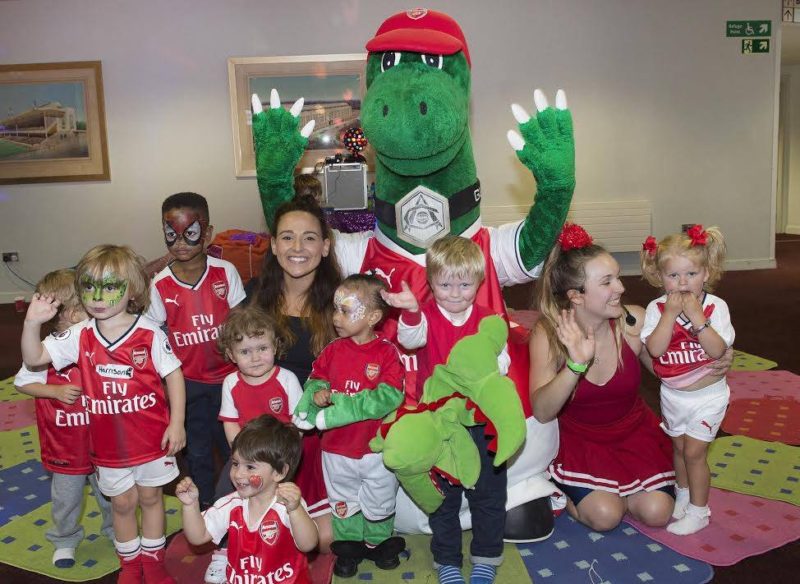 At nearly 32 months Jay isn’t currently  showing signs that he might be the next Lionel Messi but he does like having a kick about in the park with his daddy. I really wish we lived closer to the Stadium as I am certain membership would have been snapped up ages ago.  At the event the happy faces on the children was really a wonderful sight.  The young JGs had three hours of fun in areas designed for them, including soft play, dancing, arts & crafts, football and meeting  Gunnersaurus the larger-than-life dinosaur who has been Arsenal’s mascot since 1994. 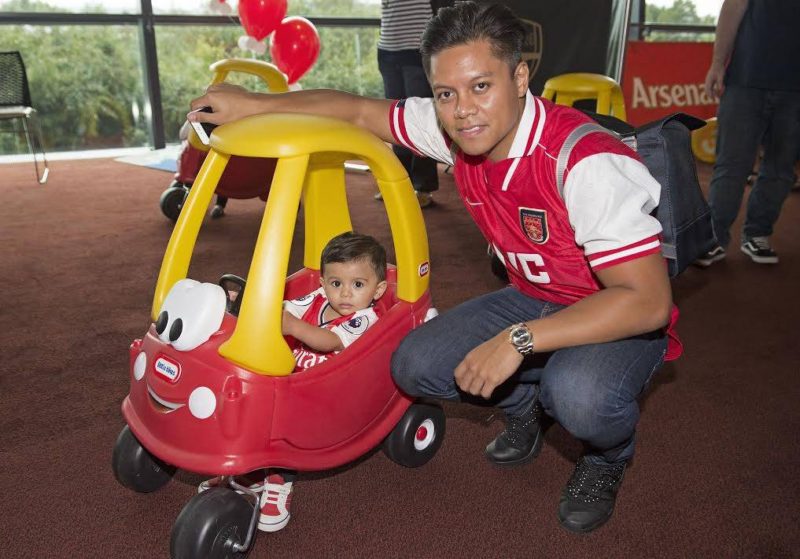 I remember hearing that learning to play sport should be considered as natural a skill for children to develop as learning to walk, run or talk to combat the worrying trend of childhood obesity. Sport definitely played a big part when I was growing up, then again we didn’t have iPads and mobile phones!  I used to go to after school athletic clubs and even tried my hand at rugby (on wing) in my late 20’s…before I realised that I might need a plastic surgeon if I wasn’t careful! I hope that Jay will participate in sport one day whether it’s football who knows but I love the idea of children being able to run around and be active and of course have fun. 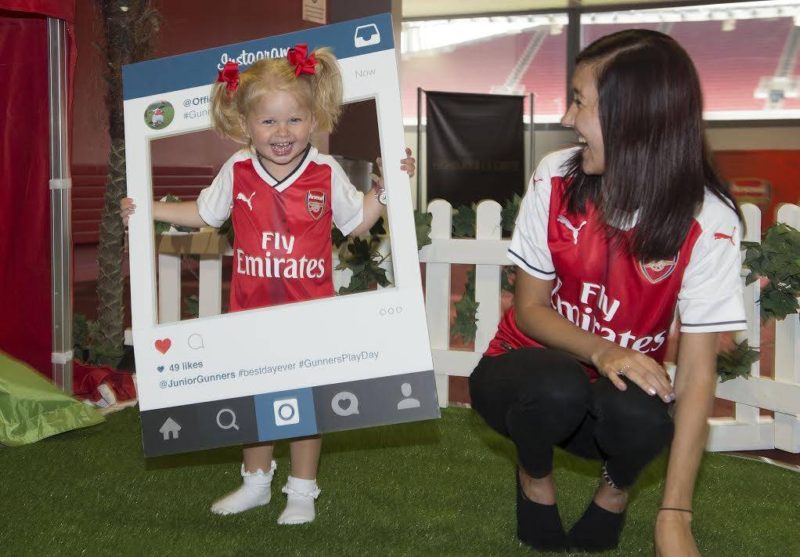 Before I headed home I did spend a small fortune in the shop including a football shirt for my brother in California who even with the time difference is dedicated to watching his team play on TV. 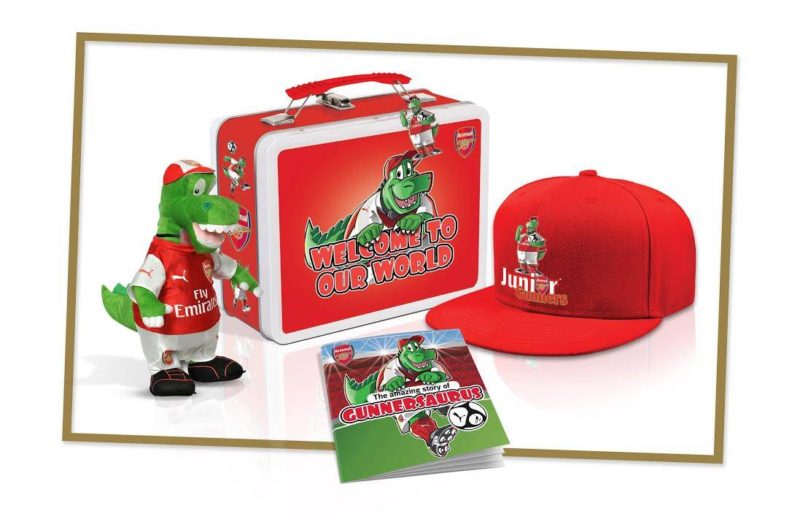