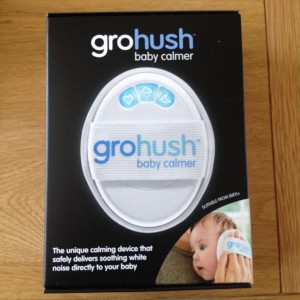 The womb is deafeningly LOUD apparently like city traffic or a lawnmower running all day. Lullabies have long been used for comforting babies and helping them fall asleep. However when it comes to calming Jay even now at 10 months, white noise  seems to be far more effective than lullabies and classical music. White noise is a mix of high and low pitched rumbles and whooshes. This imitates the sound that babies hear inside the womb  24/7 of blood whooshing through the placenta. It is a powerful way of turning on the calming reflex.

I was excited to try the Gro-hush Baby Calmer particularly as Jay rarely naps in the day (sigh) and because I’m a fan of the award winning Gro company. I have been using this hand held device now for a couple of months and it has definitely made an impact. I know each baby is different and I wasn’t expecting this calmer to work its magic every time but I can say that it has sent Jay back to sleep super fast on the nights when I’ve had to wake up and resettle him. I’ve also had some success getting him to go down for a nap or two during the day which has given me some time to actually do stuff! 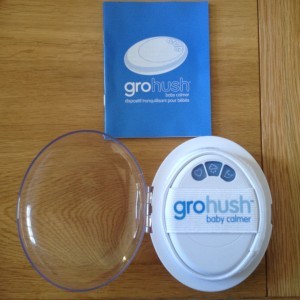 On opening the box the washable soft mitt comes in a travel case and is powered by 3 x AAA batteries which do need to be fitted and you do need a screwdriver to open the panel but even I Mrs non DIY managed complete this step.

Pressing the pad gently against baby’s ear you have the choice of three soothing sounds which only baby can hear!

Rain on a tin roof

The volume is set at a safe level of 75 decibels and this cannot be changed. It automatically switches off after 10 minutes but you can do this manually. 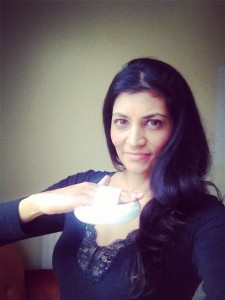 The Gro-hush retails at £34.99 and is suitable from birth, I personally feel it is perhaps better for newborns as Jay is far more active these days and won’t often sit still. This is also a product that may not give you results straight away but worth trying over a period of time.  I do like the fact that I don’t have to drain my iPhone battery playing white noise and just to be clear I don’t press the iPhone to Jay’s ear!. I haven’t seen any other product like this on the market and it would make a nice gift for any parent to be.  A no fuss portable baby product that I would definitely recommend trying.

I’ve been meaning to film a snippet of  it working  but haven’t got around to it but why not take a look at the Gro-hush in action here.