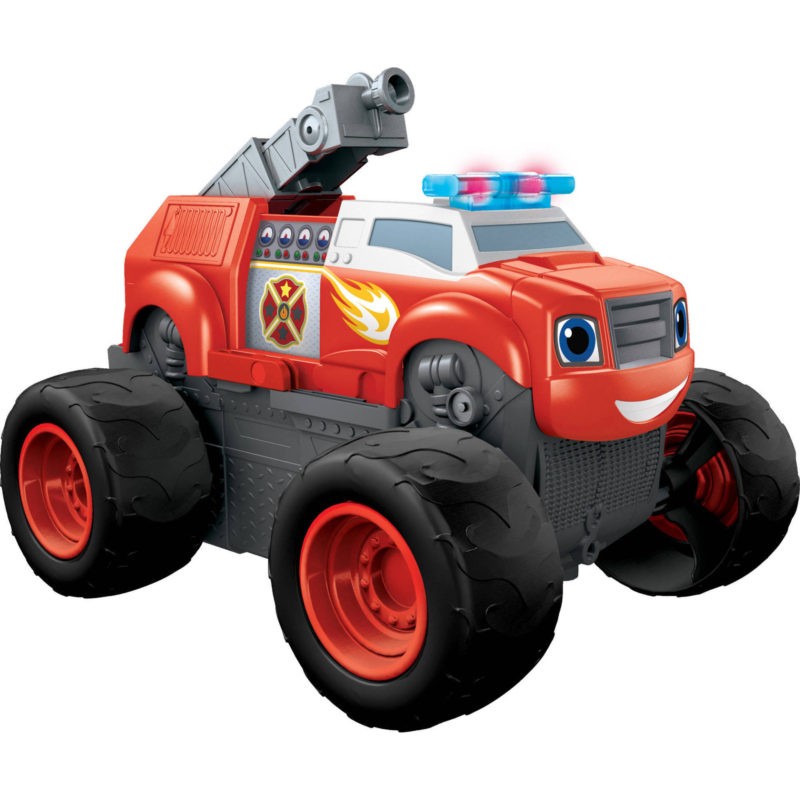 I am one of these mum’s who has been subjected to lots of children’s television programmes over the past two years. Perhaps ‘subjected’ is a bit harsh as I don’t mind watching them to some extent and I drift back to thoughts about the cartoons I used to watch.  Remember Dungeons and Dragons and the Mysterious Cities Of Gold? those were the days!

Now back to present day The American-Canadian animated series Blaze and the Monster Machines which first hit our screens in 2014 for pre-schoolers and introduces many subjects such as technology, engineering and science. I’ve learnt a thing or two about mechanics also which is a bonus!

Understandably it’s become a favourite amongst many youngsters. It was therefore mighty nice to see Jay receive the Fisher-Price Blaze and the Monster Machines Transforming Fire Truck Blaze from the team at Mattel. I had to open the box quickly for my happy boy as he is very much into vehicles so I knew it was going to be a winner. 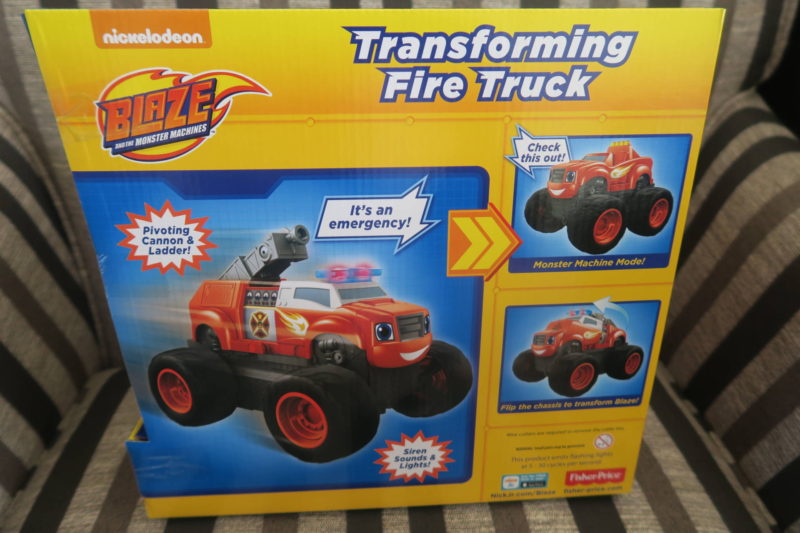 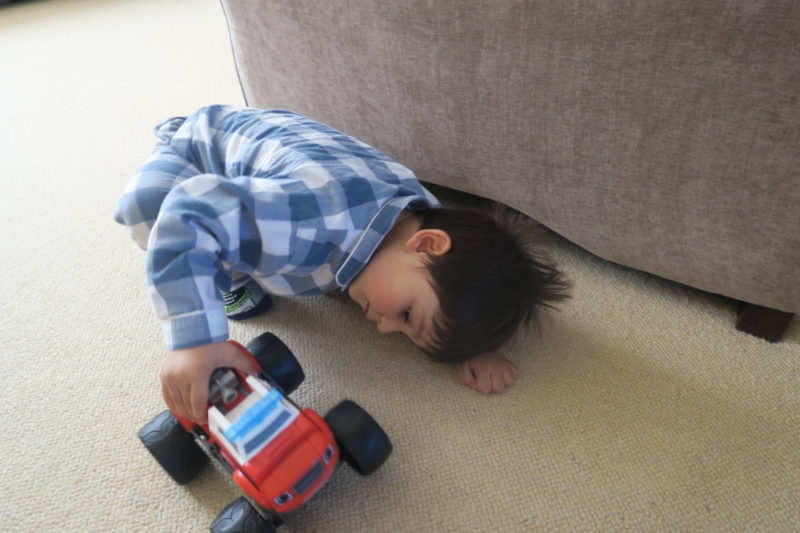 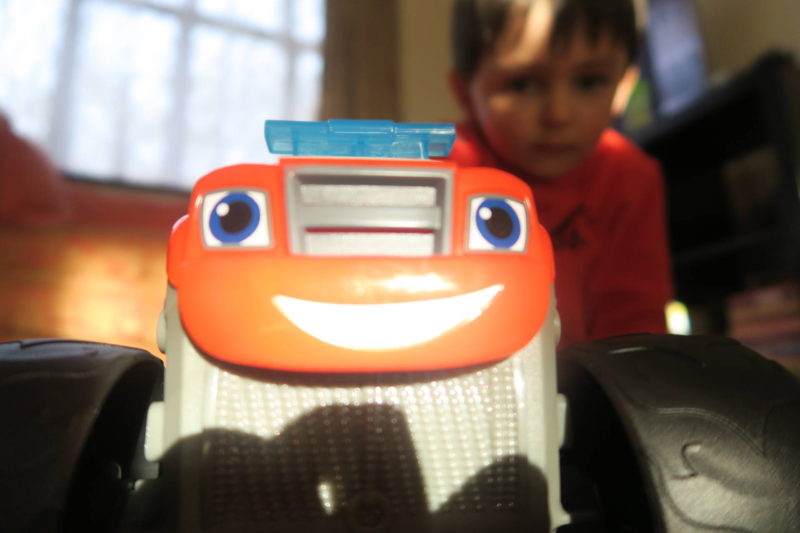 Firefighter Blaze is here to save the day! Now Blaze has double the rescue power with this 2-in-1 transforming vehicle in which Blaze goes from a Monster Machine to a fire rescue vehicle. Lift the back of Blaze’s body and he flips to transform into a heroic fire truck. Blaze’s ladder pivots back and forth so you can position him right under the fire. Aim his water cannon right at the flames and blast them away! The siren sounds and the light bar lights up, flashing automatically or activated when the button on the front of the cab is pressed. Flip his body again and Blaze transforms back into a monster truck. There are special phrases for each mode, totaling over 25 sounds and phrases. Blaze into action with this 2-in-1 Blaze and the Monster Machines™ Transforming Fire Truck vehicle!

Special character phrases for each mode

Over 25 sounds and phrases from Blaze 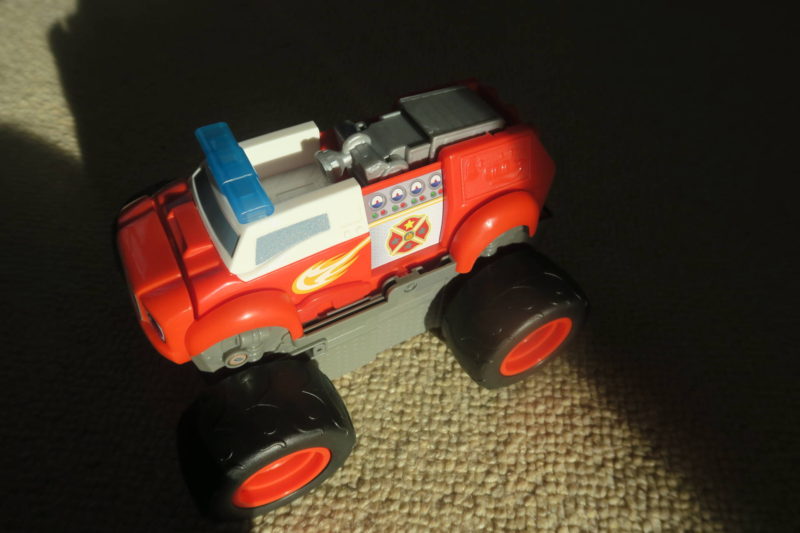 Jay as mentioned loves vehicles and so this toy fit the bill for entertainment. I thought he wouldn’t play with it very long but he did and kept returning to it. He loves seeing how things work and has spent quite some time pushing the truck around all floors and in the garden. He genuinely likes it and the sounds and phrases are nice and clear so this keeps him interested and so far he’s not become bored with it. 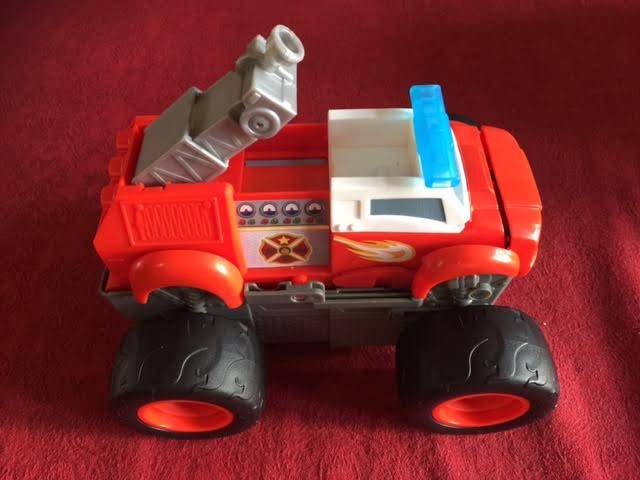 Before transforming the original blaze does not have lights, but the fire truck blaze part does. You push the blue lights down on the fire truck and the lights light up and Blaze starts talking. Another aspect of this toy that I really like is that when you flip Blaze to the fire truck Blaze the car expands to look like a more realistic fire truck. Jay especially liked playing with the ladder with the small movable water cannon part especially as he has recently visited a fire station and got to hold a water cannon shown by his Uncle Ian a London firefighter. 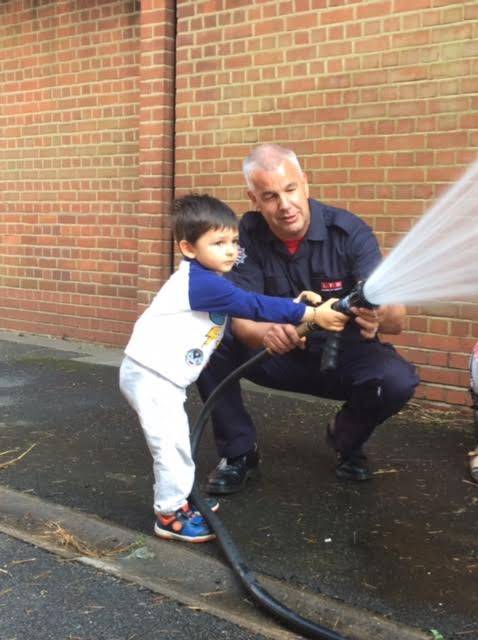 Do you have and Blaze and Monster Machines fans in your household?