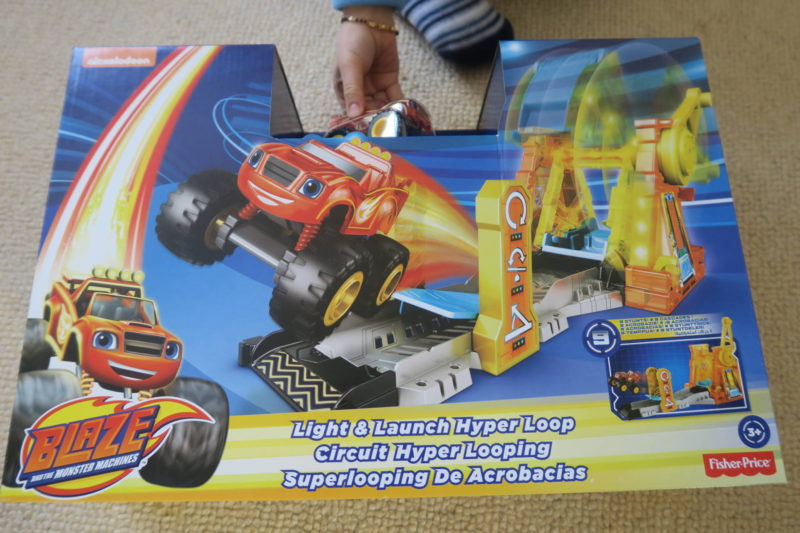 If you’re looking for Blaze and the Monster Machine fans you’ll find two right here at Along Came Jay HQ. It was therefore lovely to be asked by  Mattel toys if we would like to review the Fisher Price Light & Launch Hyper Loop Playset. 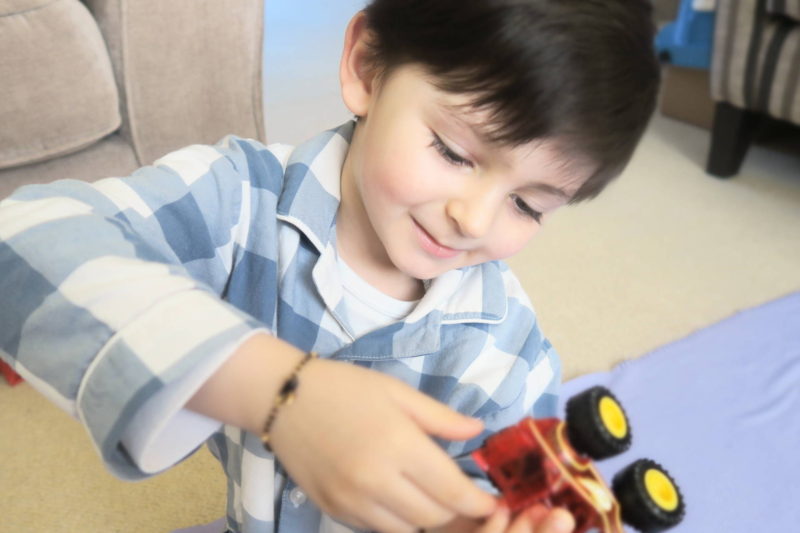 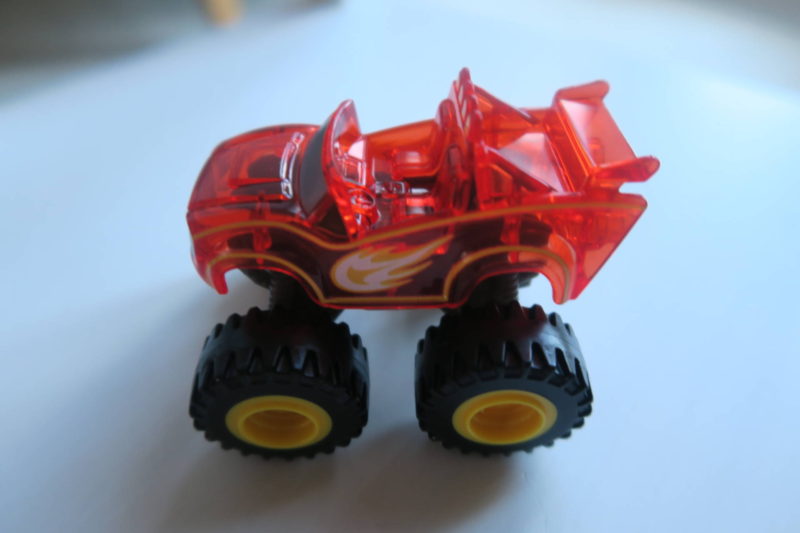 The Light Rider Blaze vehicle toy grabbed Jay’s interest straight away once I managed to get into the box. I was happy to see that batteries were already included and it was very east to set up even I could do it.  The way the loop set works is by placing the toy car into the Hyper loop  and charging up the lever to activate the speed lights. The release button once pressed sends the car into a 360 degree rotation launching Blaze down the track. 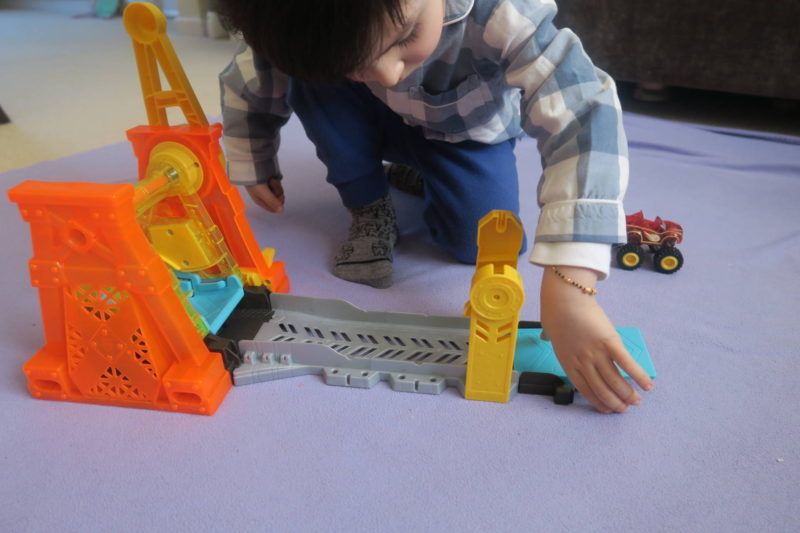 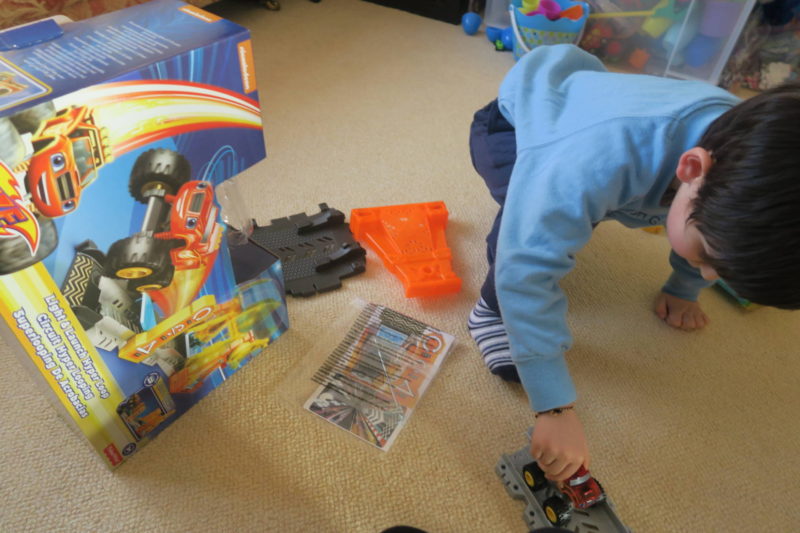 I thought Jay would get a little bored of the hyper loop after a while but he seems to be using it daily since we took receipt of it and particularly likes the little car which he pushes around the lounge. I like how the toy can be changed into different configurations, nine in total. As with lots of toys there are additional pieces that can be bought separately to add more interest. I have been looking into purchasing the accessories. 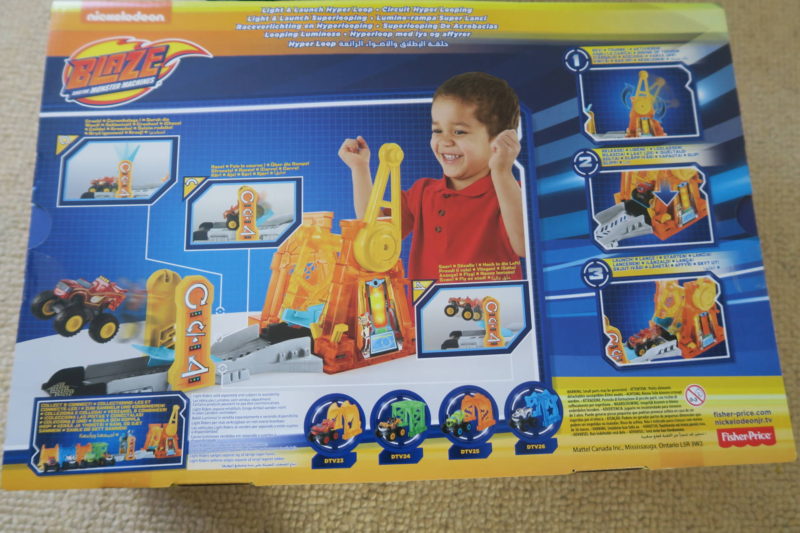 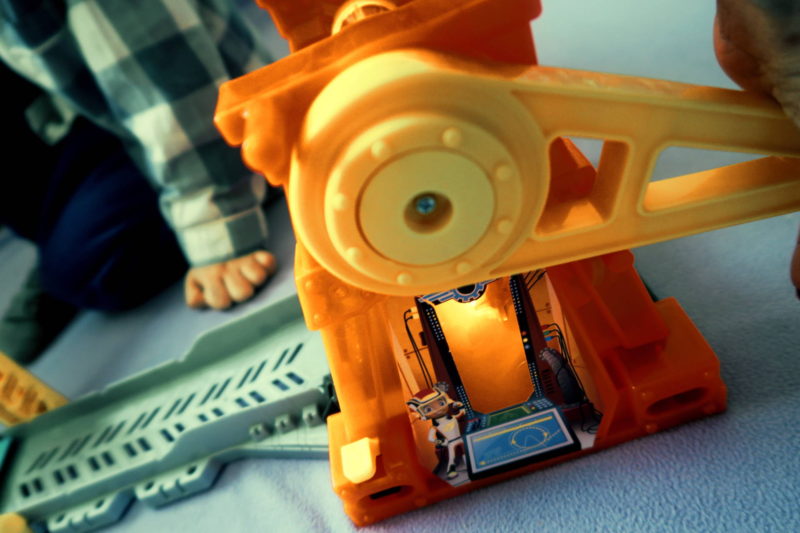 I like how the STEM principle of kinetic energy is interwoven into play but this brings me on the one negative that I wasn’t so impressed with and that was the speed lights feature. The lights disappear quickly and whilst I can see it would be nice to see in a darker room it just didn’t seem to be enough to grab his attention.  The spinning loop mechanism is quick and initially took me by surprise with how fast it moves, Jay likes this part the best I think. 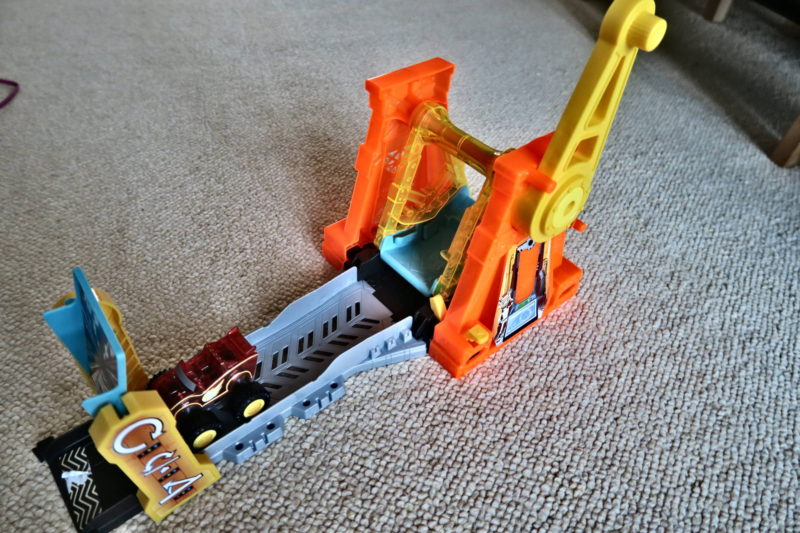 He has been using his other toy vehicles placing them in the hyper loop and seeing how far they go in Axel city! I like how this toy doesn’t take up too much room so if you have budding racers in your household ages 3+ the playset is currently  available from Argos, RRP £29.99.

* The Blaze Light and Launch Hyper Loop Playset was sent to us in return for an honest review.