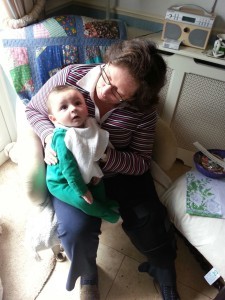 When we first met our baby I had no idea that we were about to start our severe reflux journey which I first wrote about here.  Looking after a baby that is constantly bringing up feeds for months is truly exhausting.

I am so relieved to say that the reflux finally stopped when Jay was 10 months old just like that! and I had to write a follow up post because it’s such an important milestone for us. Jay needed extra ‘hands on’ care to soothe and comfort him, and I had to develop extra patience to deal with the distress of seeing feeds continually brought up. The washing of clothes (mine and baby’s) was never ending and the stains on the carpet and furniture I could accept, but I felt hopeless worrying that something was seriously wrong. I must admit that everyone that I spoke to about this kept telling me that “he will grow out of it” and I really wanted to believe it but as more time went on the more concerned I became. 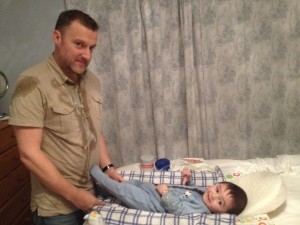 I naturally spoke with my GP and the Health Visitor who advised that this was quite common and as Jay was putting on weight fine, he would “grow out of it”.  Most treatments available are generally geared towards merely lessening the physical signs of reflux, or coping with them, rather than curing the condition. We used Infacol at each feed for months and then we tried Infant Gaviscon and also Ranitidine but only for a few days as I felt it was making things worse. I did find that as soon as we started the weaning process at 5½ months things began to improve slightly, he was also sitting up and that helped keep the milk down!

If there are any parents with babies having a hard time with reflux all I can say is that things will get better but it takes time and lots of patience.